When a SAR member tells you he’s going to Everest for 6 weeks, you would assume he’s going to climb it. Not so for Coquitlam SAR team member Glen Foster, at least this time. Although he’s an avid mountaineer and backcountry skier, on this trip he’s going as part of a team of 25 medical researchers from the School of Health and Exercise Sciences at UBC’s Okanagan campus. 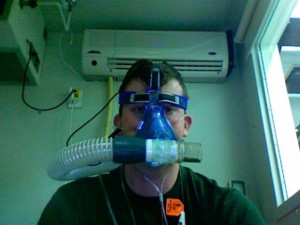 Glen Foster in the Lab

Their destination is the Everest Pyramid laboratory, located at 5,050 metres, where the team will be conducting research on the effects of altitude on the human body for 6 weeks. The study, titled Integrative physiological adaptation to high-altitude: a scientific expedition to explore mechanisms of human adaptation, encompasses eight separate experiments ranging from cerebrovascular, cardiopulmonary, and neurocognitive health to measuring the effects of acute mountain sickness and sleep apnea. 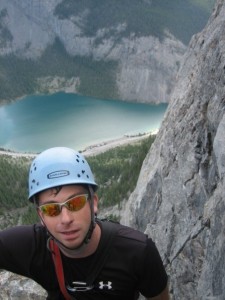 Glen, in the mountains

According to information posted by UBC, Glen and his fellow researchers are also the test subjects for this study. They are currently gathering base line information and making other preparations in Kelowna.

Glen will leave for Nepal in April, and we wish him good luck in his research.

For more information and media coverage of the expedition, see the following links:

One Response to Team member heading to Everest for medical research.