Last year, Coquitlam SAR announced our intention to develop a significant new rescue capability within the team. The technique, known within the BC Search and Rescue community as the Helicopter External Transportation System, or HETS, is also known as “long line”, “short haul” or “Class D operations.” Pioneered by Parks Canada Mountain Safety, and adopted by SAR over 15 years ago, HETS has become a standard tool for rescuing injured subjects throughout the province, and providing rapid response to transport searchers and equipment. In addition, it is a valuable safety tool for searchers in case they are injured while on a task. It’s used by the oil and gas, seismic industry, and by organizations such as BC Hydro and the RCMP. 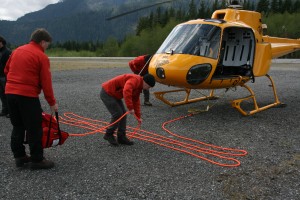 Jim DelGrande and Al Hurley rig the helicopter for HETS

The decision to develop this capability within the team was not taken lightly. Two team members, Michael Coyle and Nick Zupan were trained for HETS in 2004, and had been participating in North Shore Rescue’s program since 2006. Their experience made the team more familiar with the tool, but for many years we felt that the volume of calls where HETS was required did not warrant developing the skills internally. This changed in 2009 and 2010 when there were several calls that required HETS to access the subject. Also, during the Tyler Wright search we found that team members were sent to extremely remote areas where it was difficult to insert and extract them by Helicopter, and having HETS available would have added to the safety of the operation, as well as extended the hours of useful searching they could accomplish. 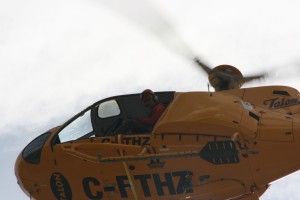 Based on our needs analysis which included call volume, costs, risks, and safety considerations for our volunteers, we made the decision to develop the skills within the team. We proceeded on a fund raising drive to acquire the equipment and train eight team members in helicopter long line rescue, and late in 2011 we announced that the majority of the funding to support the program had been secured. 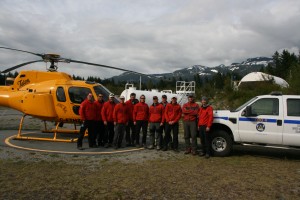 Members selected for this course are some of the most experienced, highly skilled and dedicated members of Coquitlam SAR. Each of them has a minimum of 6 years SAR experience, and represent over 140 person-years between in total. Five of them are SAR managers, all are Ground Search Team leaders, have First Responder or better medical training, and have Mountain Rescue training. The team has a mix of Rope Rescue, Swift Water, Avalanche Rescue and other SAR disciplines, many at the Team Leader or instructor level. One is a member of the Canadian Coast Guard, one is a professional fire fighter, and one is a BC Ambulance Paramedic. 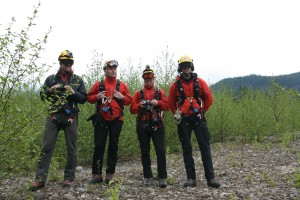 The team trained in risk management, leadership skills, helicopter rigging, reconnaissance, operations, and rescue techniques over several days. The training built on the already existing experience of the team with helicopters (used in most wilderness searches), working with Talon Helicopters, radio communications, resource and skills management, safety protocols and gear inspection and maintenance. 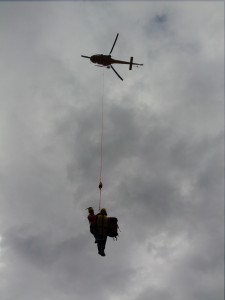 Over the next few weeks the team will become familiar with the HETS equipment, work on acquiring communications and other equipment, and begin building standard operating procedures for using HETS in a SAR task. The HETS team is looking forward to becoming operational for this summer.