Coquitlam One, the 1995 GMC/Grumman Olsen Commercial Van that Coquitlam SAR uses as their Command Truck, has seen a lot of action.

Commissioned in 1996, it has been the base of operations for Coquitlam SAR for 18 years. In that time it has served as the team’s command centre, communications platform, equipment truck, main tow vehicle, and as a place to get warm and dry after a difficult night out. Extensively customized, it contains the team primary rescue equipment and supplies, computers, printers, satellite phones, VHF and UHF radios, and a 6.0kVa generator. 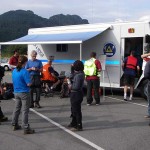 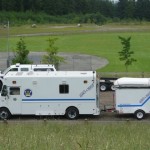 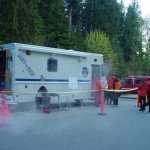 At an average of 30 tasks a year, this vehicle has been at hundreds of searches resulting in the rescue of over 600 people during it’s service.

The problem is, Coquitlam SAR has outgrown this truck.

The Gumman-Olsen platform, originally designed as a light to medium delivery truck is commonly used as a delivery van and is sometimes referred to as a “bread truck” design. When the team chose this vehicle for their rescue truck it was quite capable of handling the tasks we required of it.

However, as the years have passed, changes in how SAR operates and in the size of the team have meant increasing demands on the truck which is now limiting the team’s abilities in certain ways.

The current complement of equipment the team needs have put Coquitlam One at it’s weight limit. This affects the truck’s performance, making it slower to drive, and limits the locations that we can drive it to. The team is faced with making hard choices on what equipment should remain on the truck. 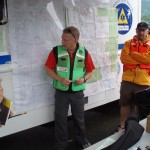 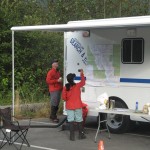 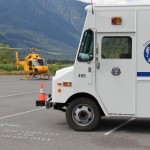 As technology changes, upgrades to wiring and the power system have attempted to keep pace with demands, but are similarly limiting our abilities. When the truck was purchased, a single computer was more than enough to run a search, but with modern mapping, communications and social media integration, multiple workstations are now required.

Space has been one of the biggest issues in the truck, even though computers and printers have gotten smaller, the team now requires a map printer which can take a lot of space. Coupled with the SAR management staff, and a radio operator, team briefings and interviews with family members frequently take place in a pop up tent outside the truck.

Over the years we have offloaded equipment and roles to the team’s other vehicles; Coquitlam 2 is now our main equipment truck, and Coquitlam 4 is our tow vehicle and crew truck.

While we have considered a complete overhaul of Coquitlam One to address these issues, any work would put the team with no command centre for the duration, and would likely cost as much as, or more than a complete replacement.

Coquitlam SAR is looking for community support to help fund this project.

Yesterday we kicked off our fundraising campaign to replace the truck.

Read about that effort, and how you can help — either with a donation or by voting in an online fundraising competition. 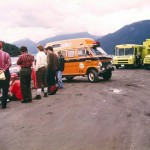 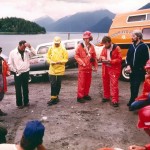 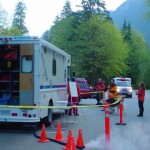 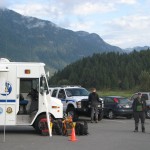 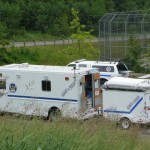 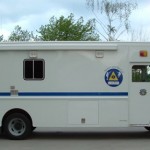 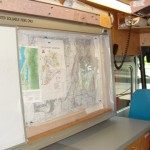 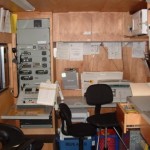