Members of Coquitlam SAR were involved in three searches this Sunday, as well as a large search and rescue exercise involving seven agencies, and spanning from Indian Arm to Pitt Lake.

Three members of the team went to Vancouver Island to assist Cowichan SAR in the search for missing 79 year old Anthony Morley near Cowichan; over 70 SAR members attended from throughout the south west and Island regions for this task.

Two members of the team assisted Ridge Meadows SAR with a search in their area. These members were diverted from the SARex training event we had going on at the same time.

And three members of the team and Talon Helicopters flew a search of Eagle Ridge looking for missing Burnaby resident Richard Lin. Lin was last seen near the Polytrichum Lookout near Buntzen Lake, three weeks ago, and the Burnaby RCMP are asking the public for any information as to his whereabouts. Anyone hiking Eagle Ridge on or near September 7th who may have spotted him are asked to contact the RCMP. 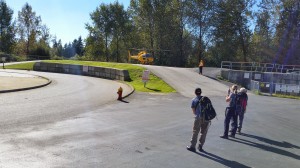 Talon helicopters on our helipad. 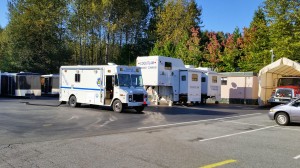 One Response to Three task weekend