Two teams of SAR members ascended the Halvor Lunden trail, and the Diez Vista trail to the Polytruchum and Punta Del Este lookouts respectively, the goal being to do two scenarios on trails that have historically been the busiest areas for the team, Meanwhile, Talon Helicopters pilot Jarrett Lunn arrived, only to find the area fogged in. After waiting a 45 minutes, he was finally able to set down under patchy blue skies.

The team trained on several rescue devices, and new members were trained for the long line rescue spotter role. The Spotter in long line rescue is a crew member in the helicopter who assists the pilot during the operation. By training members for this role the team will be able to improve availability of the rescue technique.

Unfortunately the weather did not cooperate; weather moved in, including rain, snow and fog. The the lack of visibility caused the first scenario to be scrapped. The team adapted, and continued with long line “evolutions” (a cycle consisting of hooking up the helicopter, lifting off, accelerating to cruising speed and then returning to the landing zone) under various conditions.

Late in the day the weather cleared a little and we were able to effect one rescue scenario on the Diez Vista trail.

Pictures and video below. 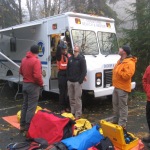 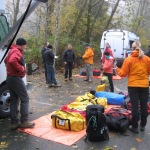 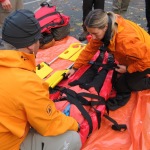 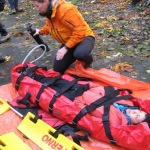 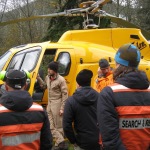 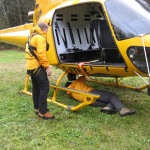 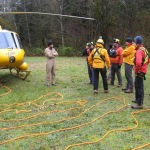 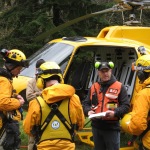 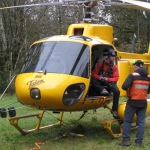 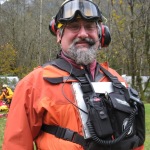 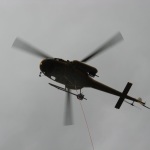 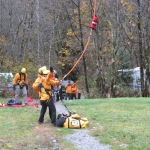