Coquitlam SAR was activated by Coquitlam RCMP at 3AM on Wednesday morning to search for a missing 67 year old man on Burke Mountain. The man, visiting family who live in the area, had been dropped off at the Port Coquitlam Fish and Game Club at the base of Burke Mountain at 3PM the previous day for a short hike, and had not arrived home.

The team responded, activating mutual aid from Surrey SAR and Ridge Meadows SAR. The lower slopes of Burke Mountain are characterized by many trails and a lot of new development, making for a confusing area for a visitor to the area to navigate. 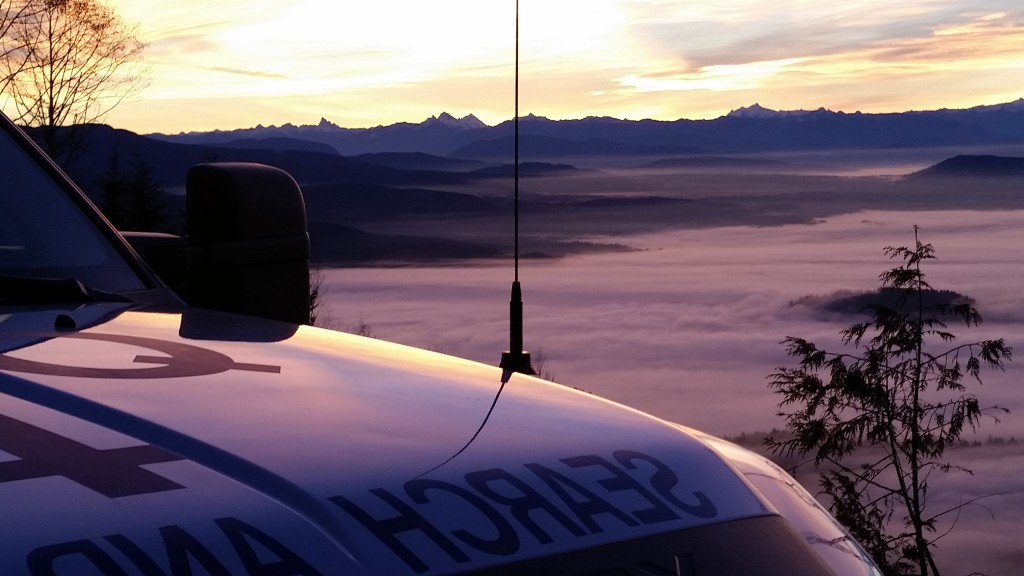 At 6am, a member of the public, responding to media and social media reports of the search, called in to the RCMP that he had seen the subject travelling east and uphill on Burke the previous day. This piece of information was very important, and allowed the team to focus on the area as a high probability. Teams were pulled back and redeployed.

At approximately 7am, just as the sun was rising, a member of the public spotted the subject walking along Victoria Drive near Mars Ave. He was picked up by the RCMP and reunited with his family.

On interviewing the subject, SAR managers discovered the subject had been using his smart phone for navigation, and was carrying no other equipment with him. He had discovered, as many do, that the information on the phone was out of date, and the trails in the area were not as represented. In addition, the batteries died on the phone, leaving him without a map or a way to figure out which way to go. The man continued to move all night, which usually contributes to the possibility of injury. Luckily, his direction of travel took him through relatively gentle terrain, and he made it to the base of the mountain cold and abraded.

In the strongest possible terms, Coquitlam SAR recommends that people never rely on smart phones for backcountry navigation. The SAR community in BC repeatedly rescues people who are using their smart phone as the only method of navigation. The phones almost always fail in predictable ways; cold or wet weather causes them to stop working, battery life or GPS signal strength leads to failures, the information on the maps is out of date, and the navigational skills of the user are not up to the challenge of the terrain.

There are many ways this search could have resulted in a very serious situation for the subject, who should consider himself very lucky!