Coquitlam Search and Rescue’s new mobile command centre (MCC) will soon be on the road.

The MCC has been designed, from the ground up, to take into account the experience of search and rescue (SAR) teams throughout the province. “After more than two years of planning, we are excited to see the build of our new command centre underway,” says Liz Clyne, MCC project manager. “Many people have been involved in planning and designing the command centre, it has taken a real team effort to bring our vision into reality and we are all looking forward to seeing it in service.”

The MCC incorporates three components: the cab and chassis; the module, or the “box”, mounted on the cab and chassis, which constitutes the functioning command centre; and technology, the electronics that support operations planning, implementation and monitoring.

Two years of planning began to take shape for Coquitlam Search and Rescue, an all-volunteer team located in Coquitlam, British Columbia, when the cab and chassis was purchased by the City of Coquitlam in partnership with Metro Motors Ltd, and delivered in late October.

The MCC module will be manufactured locally by Intercontinental Truck Body (ITB) of Surrey, with delivery scheduled for mid-April, 2016. This is the most complex part of the project and has absorbed many hours of time by the team, which collaborated with ITB to design and develop the build specifications. ITB is an experienced builder of command vehicles for SAR teams throughout BC.

The electronic technology – radios, computers, printers and video displays – will be ordered and installed to match the module manufacturing schedule. According to Mike Coyle, MCC technical lead, the command centre will have the latest communications and display technology, which will enhance the efficiency and effectiveness of the team’s operations.

Funding for the MCC replacement project has come from many sources, explains Sandy Burpee, fundraising lead for the project. “I am pleased to say that we have achieved our fundraising goal and we are very grateful for the generosity of Tri-City and Burnaby businesses, service clubs, municipalities, individual donors, and the financial support of the Province of British Columbia.” Platinum level donors include the BC Gaming Policy & Enforcement Branch, the City of Coquitlam, Canadian Tire Corporation and Wesbild Holdings, while Allard Contractors, Chevron Canada, the cities of Burnaby, Port Coquitlam and Port Moody, and Telus have contributed at the Gold level.

The new Mobile Command Centre is expected to be in service by April 30, 2016.

For updates on this project, including the full list of donors, please see the project page.

PDF Version of this Press release 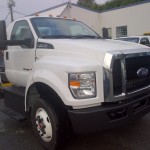 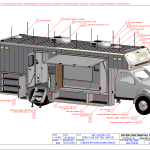 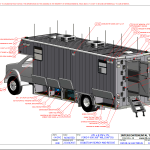 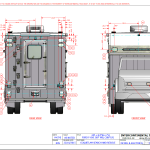