Coquitlam SAR was activated at 22:20 on Saturday January 20th for a missing hiker in the Buntzen Lake area. The hiker, described as male, 6’3″ and 48 years old, had left for the hike at approximately 11am that morning and had been expected home by 4pm, and was meeting family at 6pm. When he didn’t arrive, a family member called 911.

As 20 SAR members mustered at Buntzen Lake and began to search the Diez Vistas trail, many regions of the province were being hit by heavy rain and high winds – and the Buntzen Lake area was no different. Searches covered the trail between midnight and reported very high winds and torrential rain, making searching challenging. 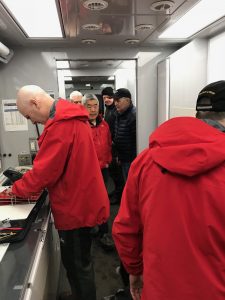 As Sunday morning dawned, the team was in the process of working out the logistics of a second operational period – bringing in more volunteers and resources, when the missing hiker was spotted in the Buntzen Lake parking lot. 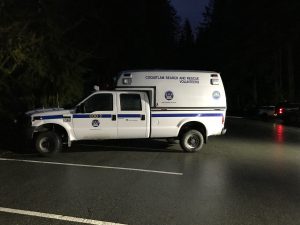 The missing hiker had become lost on the trail somewhere between “Vistas” 6 and 7 (The Diez Vistas trail has a total of 10 views). Realizing he was lost, he did one of the most sensible things possible, and what we highly recommend others do in this situation – he found shelter under a tree, and waited until daylight. He even reported that he may have fallen asleep. Between the weather and his sleep, he couldn’t hear the searchers looking for him.

We’d like to highlight the actions of our missing hiker on this search. SAR teams in BC and the AdventureSmart team spend a lot of time delivering backcountry safety seminars and training, and one of the main things we teach is that every hiker needs to have the minimum amount of gear to spend the night out if something goes wrong. We’d like to think that some of that effort is working!