Home » About Us » History

Going back to (before) the beginning. 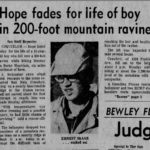 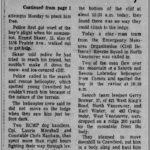 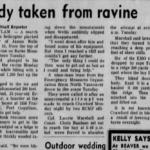 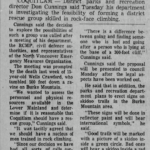 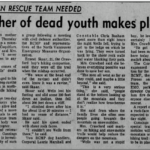 Following the tragedy, District of Coquitlam Parks and Recreation Director, and Coquitlam SAR team founder Don Cunnings moved into action and within weeks a motion to form Coquitlam SAR was before council. 48 years later, we have evolved from our roots as a “District rescue group skilled in rock-face climbing” to be a multi-disciplined, regional SAR team. However, the intentions behind the emotional pleas of Wells Crawford’s mother following that tragedy still remain our focus.