Team members Josh Henshaw and Nick Zupan are on a European climbing vacation, and sent this update today:

Nick and I have met up in Slovenia. We climbed the North Face of Triglav yesterday. The roped climbing itself was about 800 metres of mixed terrain, with a bit of excitement thrown in. There was a significant amount of rockfall, with our UK contingent getting a nasty cut in the shin exposing the bone. This coincided with a brief but heavy rainfall. Fortunately there was a cave one pitch away, and we were able to take refuge until the rain subsided and our mate was bandaged up. Four beer and ten stitches later, he’s good to go. We are currently observing unsettled weather forecasts on our next goal, Monte Cervino. 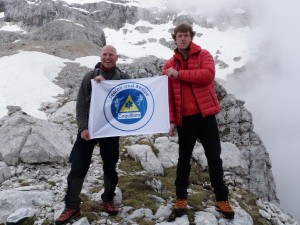 Monte Cervino is better known in North America as The Matterhorn.

Josh is one of the members of Coquitlam SAR who made an attempt on Mount Logan last year. We wish them luck an look forward to another summit photo! 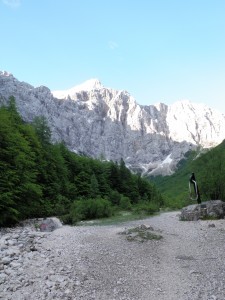 One Response to North Face of Triglav