Coquitlam SAR members were kept very busy last weekend in a combination of training, search and one international competition. 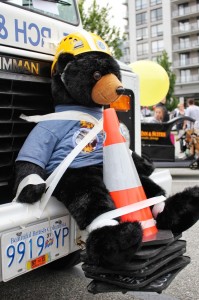 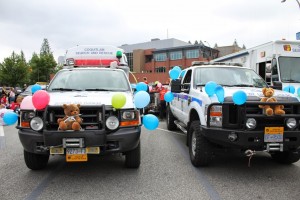 Coquitlam 2 and Coquitlam 4 with Teddy Bears

Finally, on Saturday evening the team responded to a call from Port Moody Police for two missing women in the Belcarra Park area. They had been hiking, and reported themselves lost. SAR members responded, using local knowledge to access them on unmapped trails and brought them to the trail head by 11:30 PM.

Coquitlam SAR has rescued 15 people in the past month on four incidents. In addition to this latest group of two hikers, we rescued two groups of hikers stranded on Eagle Ridge near Swan Falls, and one group of ATV drivers on the southern portion of Eagle Ridge