Congratulations to Kevin and the team for their hard work!

It has taken me a couple of days to recover, Grimp Day was an amazing event. 34 teams from 14 different nationalities. Nine and a half hours of competition, during which we had to complete six different scenarios. The Canadian team had a serious reality check after completing our first two scenarios when we realized that we only had four hours left to complete the remaining four. We put the hammer down and aced the third scenario in thirty minutes. The rest of the afternoon was a blur of running between stations and furiously rigging in 26 C heat – even hotter on the rooftops! 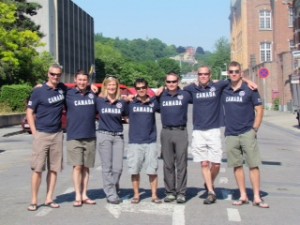 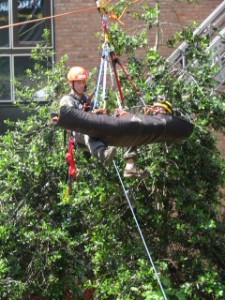