BC Bike Race and Coquitlam SAR

For the past 7 years a unique mountain biking race has been making an annual trip around coastal British Columbia. The BC Bike Race (BCBR) is a seven day stage race featuring some of the best single track in the world, and with over 500 racers and close to 200 support staff and volunteers is akin to a travelling carnival. The logistics and planning involved to pull it off are astounding, providing effective medical coverage being one of the many areas requiring great attention.

From it’s humble beginnings with one person being charged with the safety of all racers and crew, the BCBR medical team has grown into a group of nearly 30 members. Comprised of a Doctor, Nurses, Paramedics, a Chiropractor, First Aid attendants, Physiotherapists, Naturopathic doctors and Massage Therapists, the team has grown to the point where most medical issues can be dealt with “in-house”, a capability which limits what would otherwise be a considerable strain on the host communities.

This year, however, there was one critical difference to previous years, an integral member was missing. In January the leader of the Mobile Medical Team for the past five years, Roland Webb, was killed in a pedestrian accident. Rollie had not only been instrumental in developing deployment and response plans for the rugged and often remote courses but had also largely been responsible for building the team, partially with other members of Coquitlam Search And Rescue. Rollie’s passion for pre-hospital care and dedication to the race itself was an inspiration which affected every person on the crew.  His loss was deeply grieved by his family, friends, co-workers and the community he served. 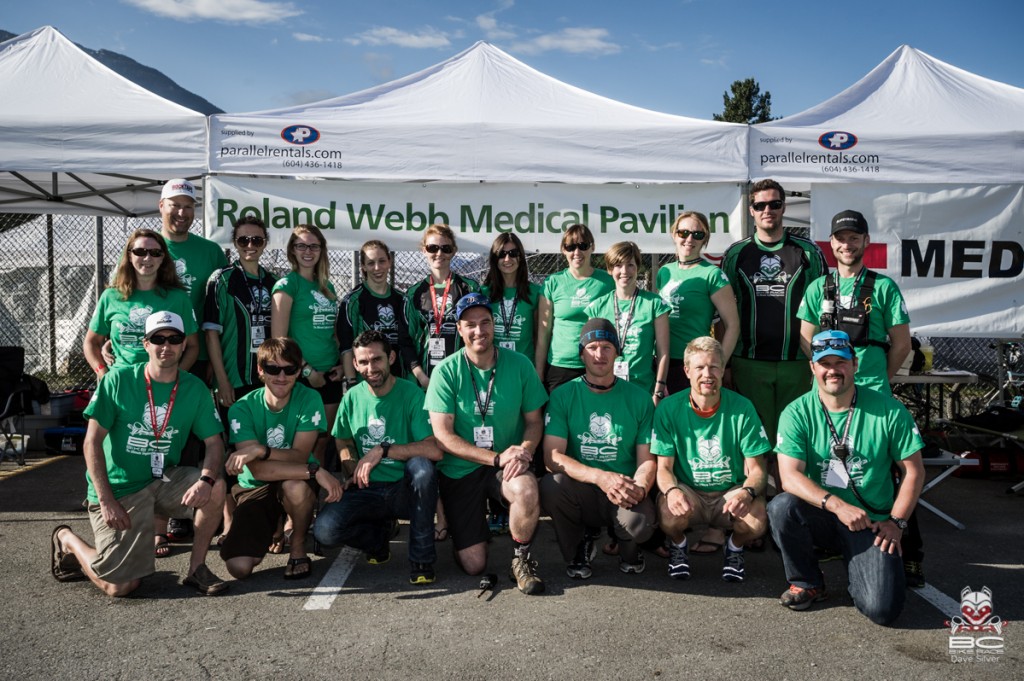 To pay tribute to his legacy the Base Medical Tent was named “The Roland Webb Medical Pavilion” and the annual race week video created by Dave Norona for the closing ceremony was dedicated to Roland. The remaining team, including 3 members of Coquitlam SAR, will strive to continue providing the dedicated and passionate care to all involved in the BC Bike Race and carry Rollie’s memory as inspiration.