It is with great sadness that we received the news that our long time friend, brother, and teammate Roland Webb was killed in a pedestrian accident in Anmore on January 17.

We knew Rollie first and foremost in his role as a valuable member of our SAR team, and a very active member of the SAR community in general, although we realize that any person is much, much more than their actions in any one aspect of their life, we remember him this way. 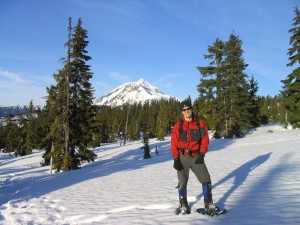 Rollie was a very active SAR member, having been with Coquitlam SAR since 2002, and previously being a member of Salt Spring Island SAR, Surrey SAR and Lion’s Bay SAR. He was active in our Mountain Rescue program, and was recently certified as a member of our Helicopter Rescue team. Rollie was one of the driving forces behind Coquitlam SAR’s medical training program, and many of the newer members of the team probably received most of their GSAR training from him. He was well known in the British Columbia Search and Rescue community, having presented at the national SARScene conference among other places. 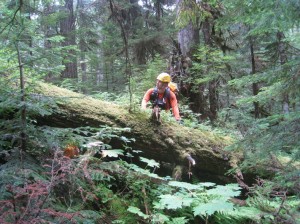 Rollie was never fully happy with the status quo and was always looking for some way to improve things. He launched projects within the team and elsewhere and saw them through to completion. He had a big heart, and even within a team known for people volunteering their time and effort to save others, would go even further than most. An example of this was at the Theta Lake search in 2007 when he and others SAR members spent a frigid night with a subject in difficult conditions. On another memorable search, he brought a carafe of coffee in to the site where rescuers were waiting for daylight to move the subject. He would take on any challenge, but in the smart and careful way we expect of SAR members. He would take things learned from past rescues and make changes to team procedures to make us safer, and better prepared.

He was the primary instigator behind Coquitlam SAR’s entry into the 2007 SARScene SAR Games with not one, but two teams of four members. He made sure that we scheduled several “extracurricular” training sessions for these eight members, with the result that one of the two teams went on to win the “Best All Volunteer SAR Team” award. 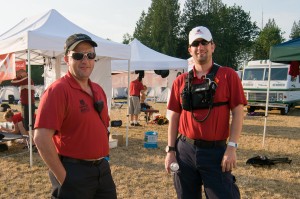 Rollie also served for several years as Course Medical Manager for BC Bike Race series, and many people and several SAR members remember him fondly in that role. He also taught outside of the volunteer SAR community, teaching helicopter safety courses, and Canadian Forces SARTech classes. Rollie assisted former Coquitlam SAR member Mike Neilson in his efforts to become a SARTech. 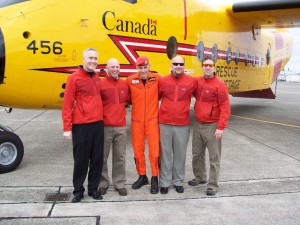 On the team, Rollie had a reputation for repeated incidents with one particular piece of equipment which led to many jokes at his expense. Perhaps because he was so active, and always planning training and terrain familiarization, he had several incidents with the team’s 8×8 “Argo” ATV, breaking it on more than one occasion, once requiring a helicopter to retrieve it. On a recent search last summer he managed roll the vehicle, then tear off one of the eight wheels. To his credit he also discovered that the Argo runs just as well on seven wheels. For these and other incidents, Rollie was awarded a special award at our last Christmas party (note the gold wheel at his feet in the following photo). 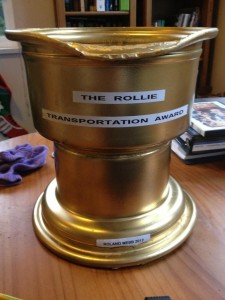 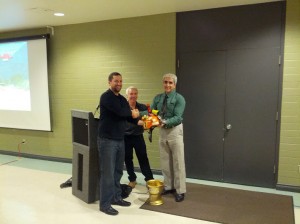 Rollie’s full time job was with the BC Ambulance Service where he was employed for 18 years. His most recent position there was as a Superintendent of Emergency Management where he was responsible for training and exercises, multiple casualty incident response planning, and incident support planning. 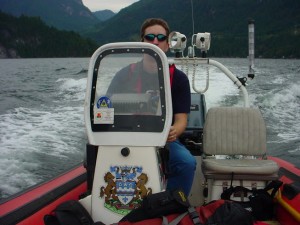 Rollie was also a father and a family man, leaving behind two children Abbie and Ethan. Rollie’s brother, Sean, is an officer in the Vancouver Police Department, and he is also survived by his ex-wife Tracey,  his father and Helena, who he was starting a new life with. The gap left by Rollie will affect all who knew him, none more than his family, who are in our thoughts and prayers.

Coquitlam SAR would like to join with the many others Rollie knew in life in offering our condolences to his family and close friends. Rollie was our brother, our friend, our co-worker and will be sorely missed by everyone he touched.