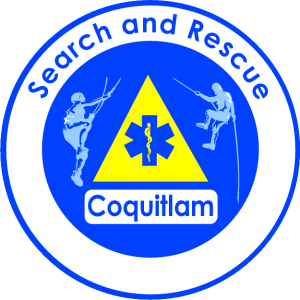 At 18:45 on Monday July 1st, Coquitlam SAR was contacted by Coquitlam RCMP to look for a lost hiker on Eagle Ridge near Buntzen Lake.

The subject, calling 911 to report himself lost, said he had started hiking with his dog at 10:30 on Canada Day. SAR Managers, unable to pinpoint his location using his smart phone, managed to contact him via SMS messages as the search was started. Some information on his last known position on the trail was gathered, but he was not spotted from the air before the sun set and his battery died. The team did managed to insert 5 SAR members by helicopter, and another 5 climbed the 1200m hike to the ridge top, searching overnight for the missing 43 year old man.

The search continued on the morning of July 2nd, with Talon Helicopters flying the overnight teams back to base, and more SAR members from Coquitlam, Ridge Meadows, Lions Bay, Central Fraser Valley and North Shore joining the search. The terrain on the ridge is broad at the ridge tops where there are many patches of snow, and gets very steep to the east and west, cut by numerous creeks and gullies.

One of the few clues we had was that the subject has last been on the trail in an area known as Tangled Summit, could see southwest from his position to Belcarra, that he was in a broad gully, and that the setting sun was blocked by a ridge to his right. Tracks were found on the trail in snow and marshy areas, and several high priority areas were searched throughout the day.

At approximately 15:30 the subject and his dog, both appearing to be well, were spotted from the helicopter and water was dropped. Because of the terrain and distance from other ground crews, a long line rescue was performed, bringing the subject and his dog back to command. SAR teams were flown off the mountain by 18:30 and the operation ended.

Coquitlam SAR would like to thank all the SAR members who responded from our team and others on Canada day and the day after; it’s a privilege to work with so many skilled SAR volunteers. This was a very busy weekend with every SAR team in Metro Vancouver responding to at least one call — Coquitlam SAR having responded to lost hikers in the same area on Saturday.

We would like to remind hikers that a cell phone is an excellent safety tool but only when the batteries work. Carry the phone turned off, and only use it to call for help. Once you do, do not talk to anyone except police and SAR. Do not talk, text, Facebook or Twitter – conserve batteries.

Also, always leave a trip plan. If you forget, write it on a piece of paper and leave it in your car. Knowing where you planned to go, and what you have with you helps us decide where to search. 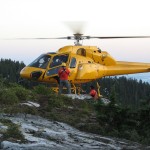 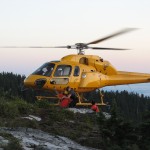 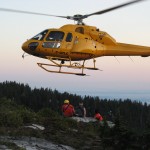 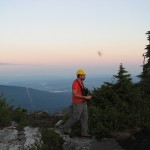 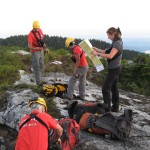