Coquitlam Search and Rescue is happy to announce that as of May 5th, 2014, our helicopter rescue group is fully operational, and capable of Helicopter Long Line Rescues, also known as HETS.

This project, originally announced in March, 2011, has been over three years in development.

Helicopter Long Line rescue, known locally as “HETS” (Helicopter External Transport System), is a well recognized rescue technique practised under various forms throughout BC, Canada and the world. Consisting of a synthetic line, usually approximately 200’ in length, attached to a helicopter, it is capable of transporting or “slinging” a rescuer and a subject in and out of the steep, heavily forested mountainous terrain we have in this province. 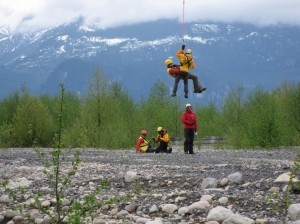 “It is a very gratifying and proud accomplishment for Coq. SAR to be in the position of having HETS as a rescue tool.” said Bob Hetherington, President of Coquitlam SAR “The commitment by our members to hours of hard work and training has definitely paid off for the team.”

Members of Coquitlam SAR have participated in long line rescue training since 2004 as part of the provincial Mountain Rescue Training Program, and later as members of North Shore Rescue’s HETS team in 2006. These members were also selected to provide rescue services during the Vancouver 2010 Olympics at the downhill skiing venue in Whistler. 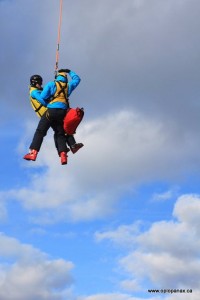 After careful analysis of the type and frequency of the use of long line rescue in Coquitlam SAR’s area of operations, the team made the decision to undertake the rigorous training, and purchase of the expensive equipment necessary to implement our own rescue capability within the team.

This technique allows rapid access and evacuation of injured subjects, and quick responses to the possibility of a rescuer in peril. It increases the safety of the team, and the people we rescue. 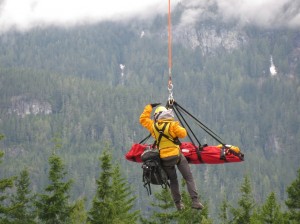 Al Hurley, SAR manager and the team’s new HETS Co-ordinator said “Having the long line capability gives us a safety net we can have on stand by for every search and is a valuable rescue skill that we are glad to have as a rescue resource.”

With the assistance of the $45,000 Spirit of Coquitlam Grant, received in August of 2011, the team trained 13 members in May of 2012, expecting to purchase the equipment and become operational not long after. 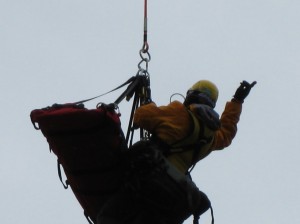 However, in 2013 the manufacturer of the long line equipment was notified of several problems with their certification process, and the manufacture, repair, and release of equipment was halted by Transport Canada pending review, conformity testing, and other compliance with changing requirements.

2013 saw Coquitlam SAR rely on the North Shore Rescue HETS team for several life saving rescues in the Coquitlam area, including one spectacular rescue of a subject at the top of a 300m cliff, later featured in the CBC Documentary, To The Rescue. 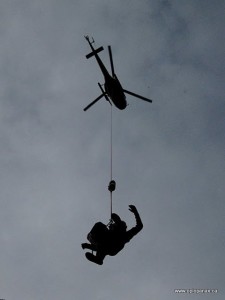 With the completion of this project, and with our primary helicopter partner, Talon Helicopters, Coquitlam SAR now has this life saving rescue technique on hand for every rescue, providing a valuable backup, enhanced safety to rescuers, and very quick responses to lost, missing or injured subjects in our area, and to other SAR groups in Southwest BC and beyond.

Coquitlam SAR joins seven other SAR groups in BC capable of this type of rescue. 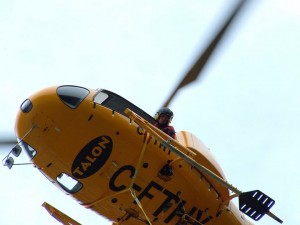 The team would like to thank the actions of the following individuals who assisted in this project, either directly through training, funding and support, or indirectly by working with legislators, and regulators.

A demonstration of the fully active long line rescue team is scheduled for Sunday June 1st, 2014. Media and dignitaries will be invited to attend. 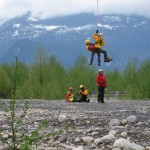 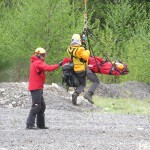 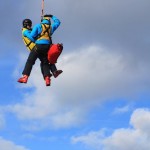 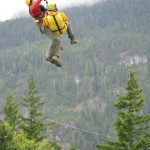 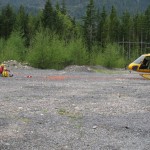 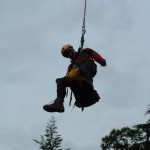 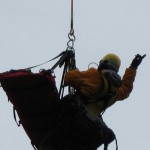 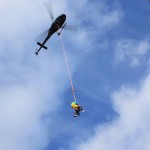 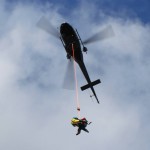 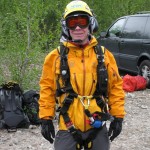 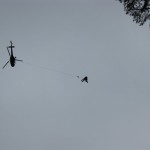 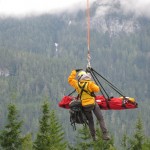 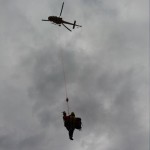 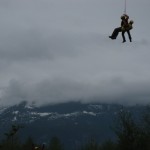 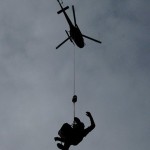