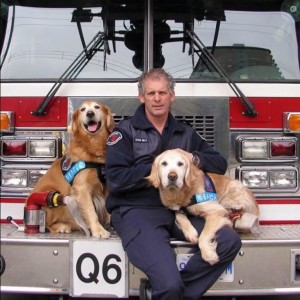 In a room full of dedicated, skilled and caring people Flynn stood out. His job was rescuing people, but that was not enough. He took on additional roles as a dog handler, and as a volunteer rescuer in both heavy urban SAR and ground SAR. He and his dogs, highly trained at tracking and searching for people, objects and cadavers, were deployed to many of the high profile disasters and tasks in Canada and beyond including the response to Hurricane Katrina, the 2005 mudslide in North Vancouver, and the Highway of Tears / Missing Women’s Task Force. 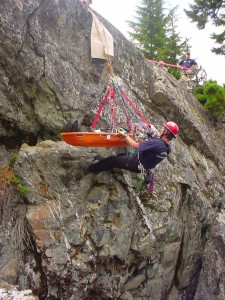 Flynn also dedicated his time and energy to Coquitlam Search and Rescue as a ground SAR member. Many of us remember him for his quiet skill, biting wit, deep playful nature, and abiding love of his dogs who accompanied him everywhere. Flynn was memorable, and widely known in the rescue community throughout BC as well as in classrooms where he gave presentations on safety to school aged children. Flynn brought with him his professional experience and knowledge from other areas of rescue to the team.

While the dogs were not always part of a SAR task or training, they were always with him. Flynn would take the time to let them blow off steam and it was an incredible sight to see him and two dogs rolling around in the grass with abandon, three happy beings just playing around. Flynn would say if you’re not rolling around on the ground with the dogs, you’re doing it wrong.

Some memories of Flynn are included in the photo album below, captions on the photos. Flynn was especially good friends with Rollie Webb, also in these photos, who died in a car accident a few years back. 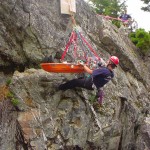 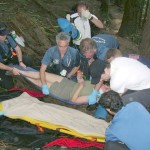 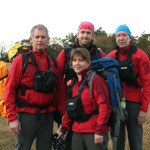 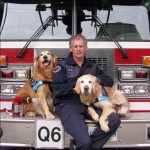 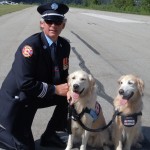 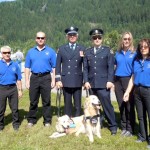 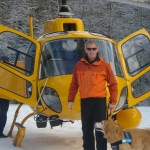 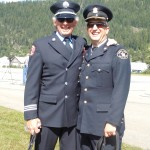 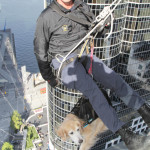 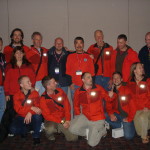 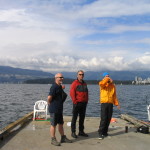 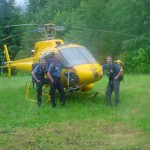 It is never an easy thing to loose a member of your family. Flynn announced his illness to us this summer, but he was came out to training with us just three weeks ago. The team will remember his kindness and generosity, his loopy sense of humour, his professionalism towards all things related to rescue, and his dedication to his dogs. We were lucky to have you on our team.

One Response to Flynn Lamont