Ridge Meadows SAR paged the team at approximately 16:30 to assist with a medical rescue near Evans Peak in Golden Ears Park. A group of four hikers had been ascending the peak when one of them fell off a small cliff, and rolled down a snow slope.

Two helicopter rescue techs were inserted, including Tom Zajac, a Critical Care Paramedic. A medical assessment was carried out, and the injured subject was slung out, transferred to the BCAS Air Ambulance and flown to Royal Columbian Hospital.

The other hikers were slung out in two additional loads. 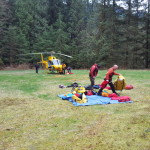 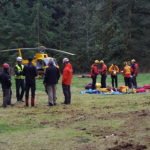 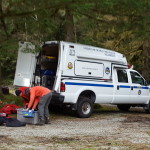 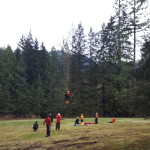 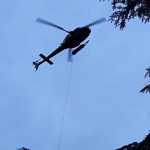 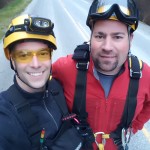 Note that Coquitlam Search and rescue is currently recruiting! You have until March 31st to get your application in to the team. See more about what it takes to be a member of Coquitlam SAR.

One Response to Long Line Rescue in Golden Ears Park