Coquitlam SAR was activated by Coquitlam RCMP at approximately 5:30 PM on Wednesday April 27th for two stranded hikers near Mount Beautiful. The two young men, between 19 and 21 years old, reported that they were exhausted and cold, with very little additional food or clothing.

The team proceeded to muster at Buntzen Lake and requested a helicopter from Talon Helicopters to provide transportation. Four members were flown to the subject’s location where they proceeded to disembark, and escort the two young men to the aircraft to be flown out. 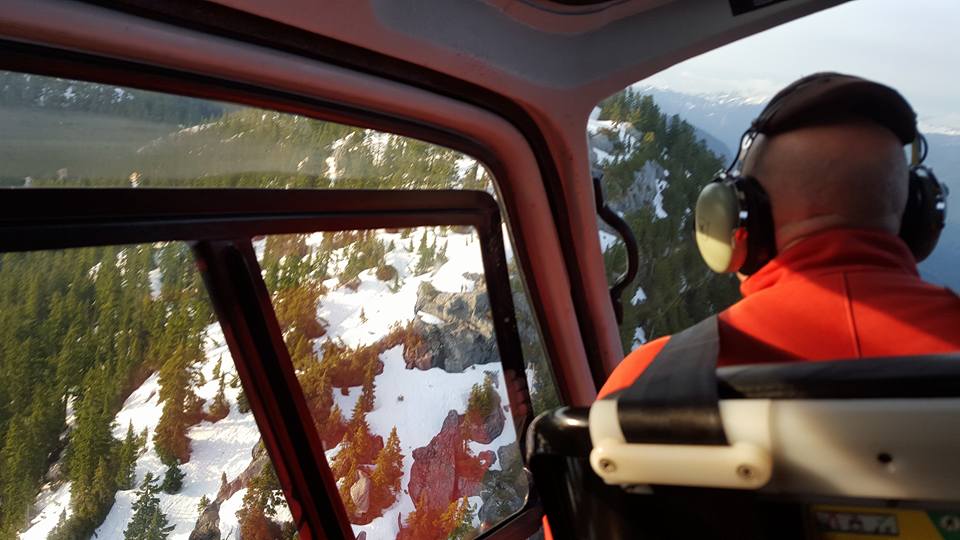 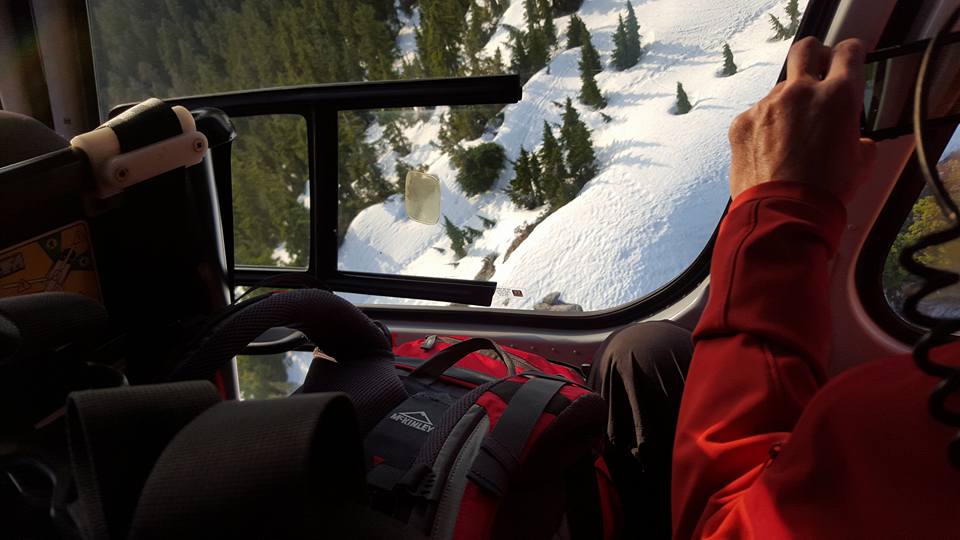 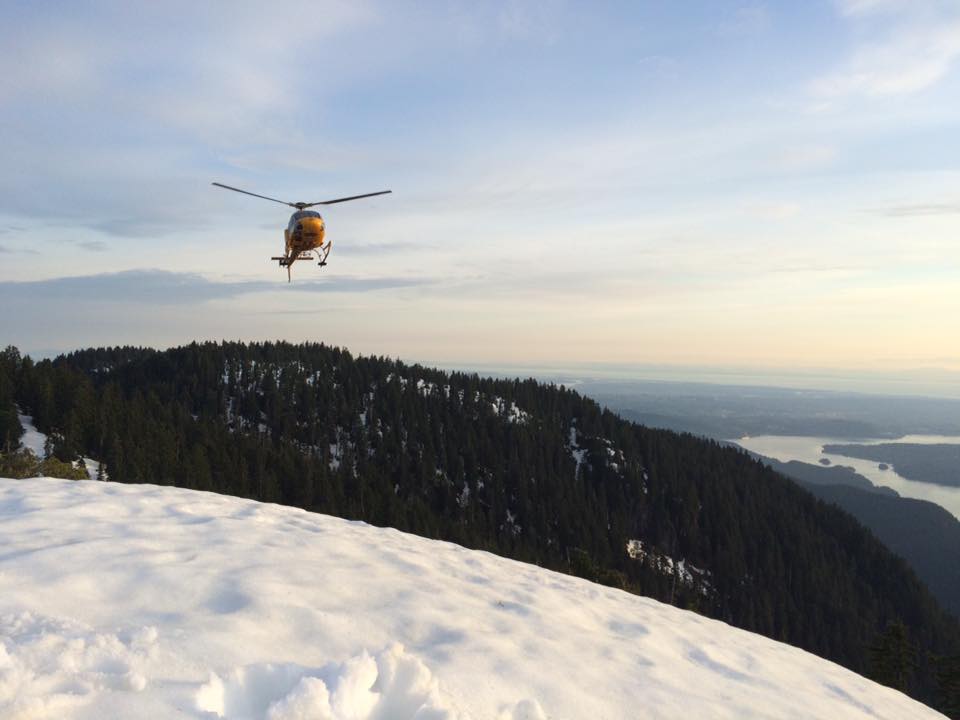 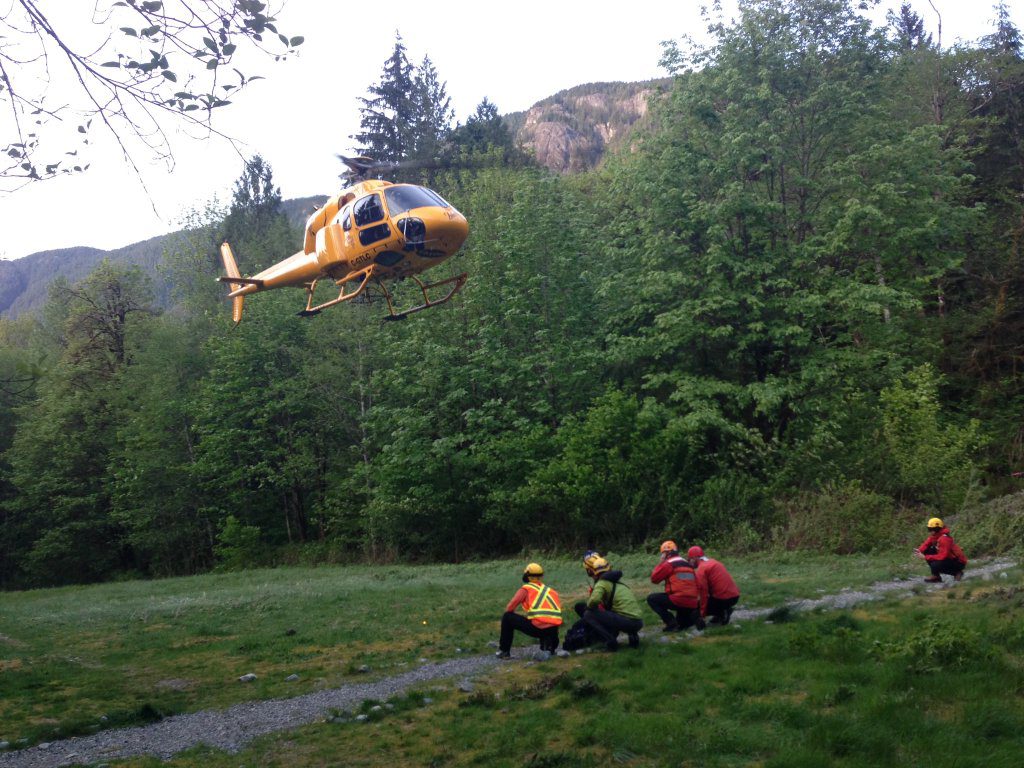 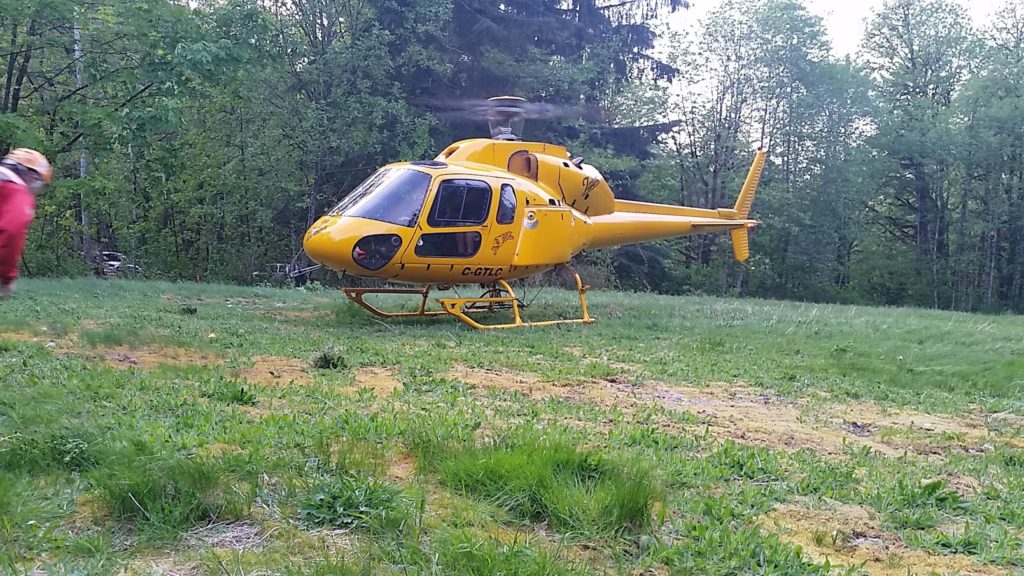 As we we’ve posted on social media a few times over the past week, it’s still winter in the mountains.

This rescue illustrates what we see around this time every year when hikers with less experience attempt this route. Guidebooks and maps indicate that this should take about 9 hours which is what our stranded hikers were planning for. However, the soft snow in the late afternoon was hip deep, and very difficult to travel through without snowshoes. The rescued subjects also reported some difficulty finding the trail, which is common this time of year.

A reminder to the public – there’s still a lot of snow in the higher elevations. Dress for the temperature and prepare for the conditions you will find on the route, not at sea level. The snow can be hard as ice during the night and early morning before softening later in the day. Our SAR members responding to this rescue last night took ice axes and crampons for the possibility of travelling at night if the helicopter was unable to locate the subjects.

As a side note we would like to congratulate one of our members who proposed to his fiancée last night just prior to the search (she said yes). He then drove her home, attended the search and was one of the four SAR members who rescued the subjects. We hope your wedding is not this exciting.

2 Responses to Rescue on Mount Beautiful