On Monday, May 9th 2016 at 6:20PM, Coquitlam SAR was asked by Ridge Meadows SAR to assist them with the rescue of a solo female hiker who had reported herself stranded, unable to move up or down, near Evans Peak in Golden Ears Park. The hiker described her position as stranded on a ledge on the North East side of the peak, with cliffs above and below her. She was uninjured, and had some cell reception.

Coquitlam SAR helicopter rescue members met pilot Jarrett Lunn from Talon Helicopters at Coquitlam Town Centre Firehall heliport, and flew directly to Golden Ears Park. On arriving on scene, Ridge Meadow SAR provided additional information – that the subject reported she was above a snow patch. She was spotted a few moments later, flashing her cell phone’s LED at the helicopter. 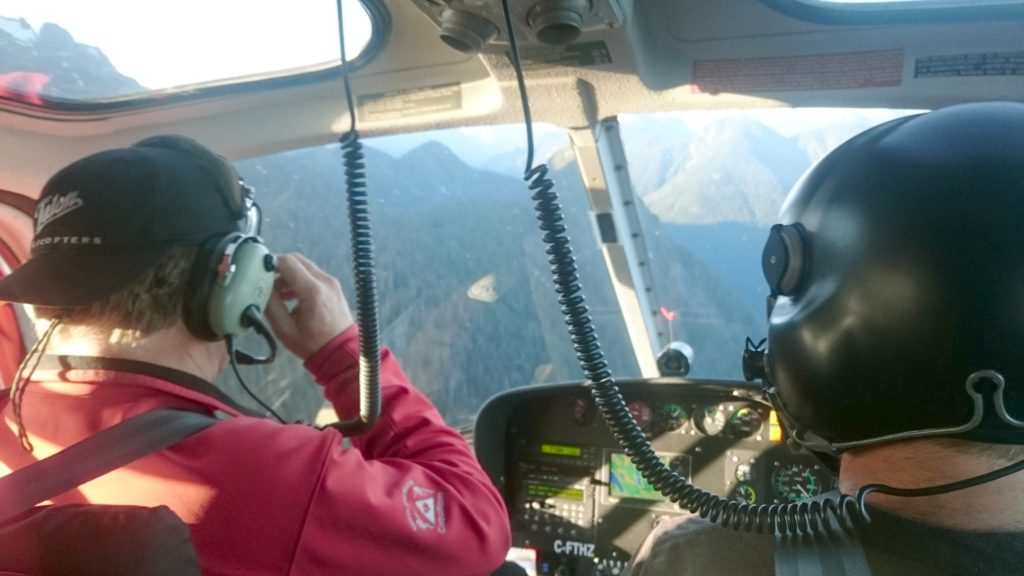 Members looking for the stranded hiker 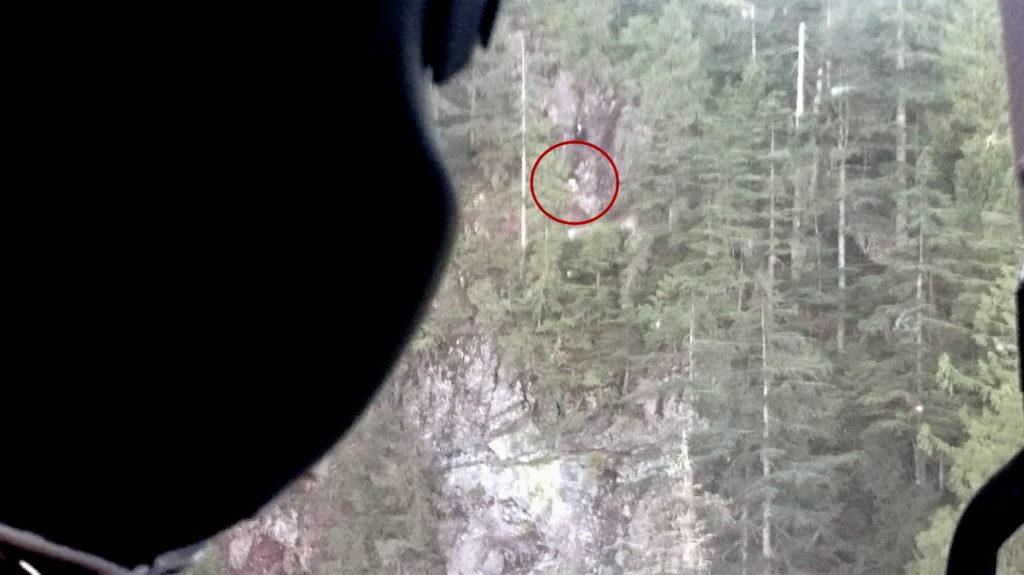 Working quickly because of fading light, SAR members Nick Zupan, Mike Coyle and Cam Girvan rigged for a helicopter long line rescue. The plan was to access the position above the subject, rappel to her, get her into a harness and long line her out. Because of her precarious position and the limited time, the rescue team was limited to two SAR members. 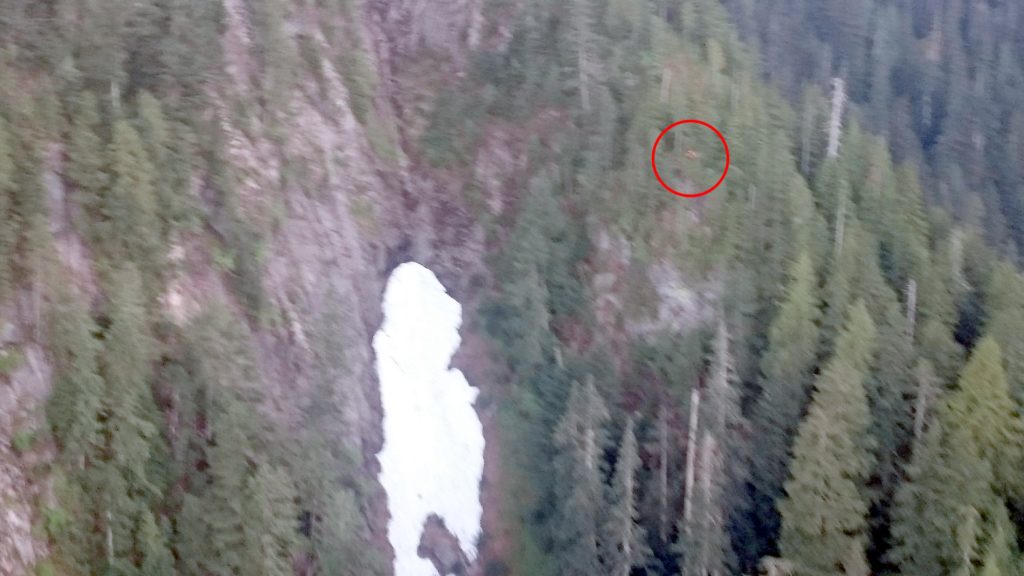 SAR Members on scene above subject 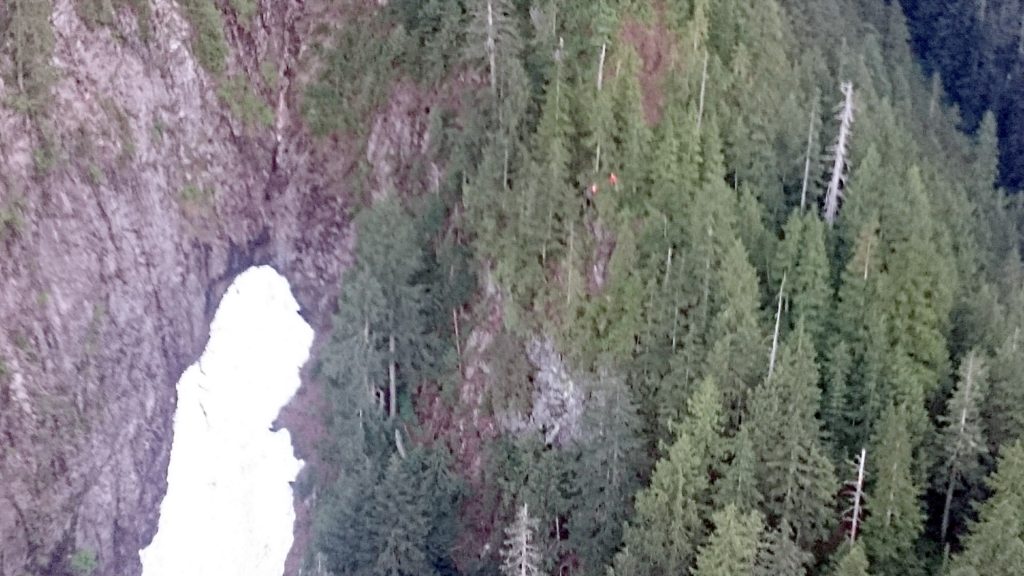 The rescue went as planned and the two rescuers and the subject were long lined out to the Ridge Meadows landing zone. 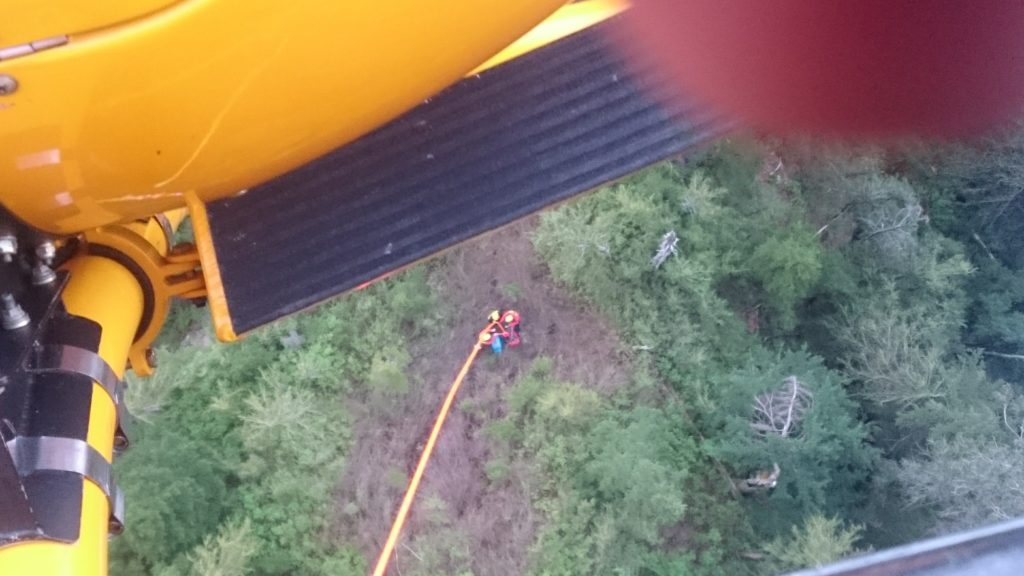 Subject and two rescuers being picked up

The location of the subject and the challenging terrain surrounding her would have made for a very long and arduous rescue had a helicopter not been available, or the rescue team ready to respond. The actual long line rescue took about 20 minutes, and the helicopter took about 15 minutes to fly from Town Centre Firehall to the rescue site.

If this rescue sounds familiar to followers of Coquitlam SAR it’s because we assisted Ridge Meadows SAR in this area last month for a injured hiker, also requiring a long line rescue – which we followed up with a large scale training scenario in the same area involving Ridge Meadows members being inserted as rescuers.

For the team this rescue feels like a significant milestone in our progress with the long line rescue tool which has taken many years of fund raising and training to bring to fruition. As well, it demonstrates our integration with the members of Ridge Meadows SAR, who we respond with regularly all year.