Three rescues in a week

Coquitlam Search and Rescue assisted other SAR groups in our region with three rescues last week.

Mid week, we provided personnel including management assistance to North Shore Rescue for two multi day searches for missing hikers. In the first task, we participated in a search for a hiker missing since September 12 who was 10 days overdue. Several members assisted but the subject was not found and the search was stood down.

The second task was to assist North Shore Rescue again with a search for two lost hikers on Mount Seymour. The couple was located and brought out by helicopter the next day.

Our third task was to assist Ridge Meadows SAR with a search for an overdue hiker in the Tingle Peak area to the east of Pitt Lake. If this sounds familiar to Coquitlam SAR supporters it’s because we responded to the same area for the same missing hiker several years ago. The hiker had planned a 15 day trip into this rugged and seldom visited area, taking a SPOT Satellite Messenger with him. With SPOT you can send an “I’m OK” email to people you enter into their system, and the hiker had arranged to do so on this trip. Only a single “I’m OK” had been sent, and with the hiker a day overdue a search was launched on Thursday.

Members from several teams in the south west region responded on Friday morning to continue the search when another signal from the SPOT beacon was received. A team was sent to the subject’s location, and it was determined that he should be extracted. Coquitlam SAR’s helicopter rescue group executed the extraction via long line rescue. This marks the first live rescue for the team that started training in 2012. 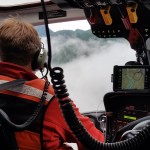 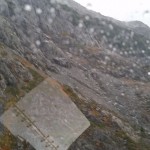 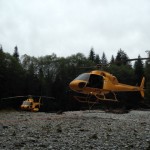 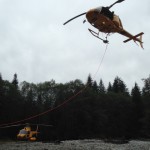 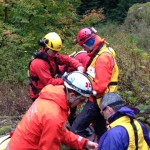 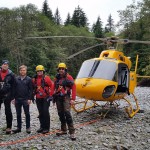 Coquitlam SAR has experienced an average call volume this summer and fall despite assisting SAR teams via “mutual aid” in other area of BC. The BC Search and Rescue system is designed to handle demands for service that may overwhelm a single group by others in the region providing support. We’re privileged to work with the other fifteen SAR Groups in the Sea to Sky and Fraser Valley regions on mutual aid tasks like the three we responded to this week.