The Coquitlam Range, or the Coquitlam-Pitt Divide,  is the unofficial name for the divide between Coquitlam River / Coquitlam Lake and Pitt Lake. Despite being so close to Vancouver, access to this area is incredibly difficult. Access through the Coquitlam lake drainage is prevented by Metro Vancouver as this is a watershed. Access from Pitt Lake is complex, and there are very few roads in the area. The entire range is protected either by Metro Vancouver Coquitlam Watershed, or by Pinecone Burke Provincial Park. 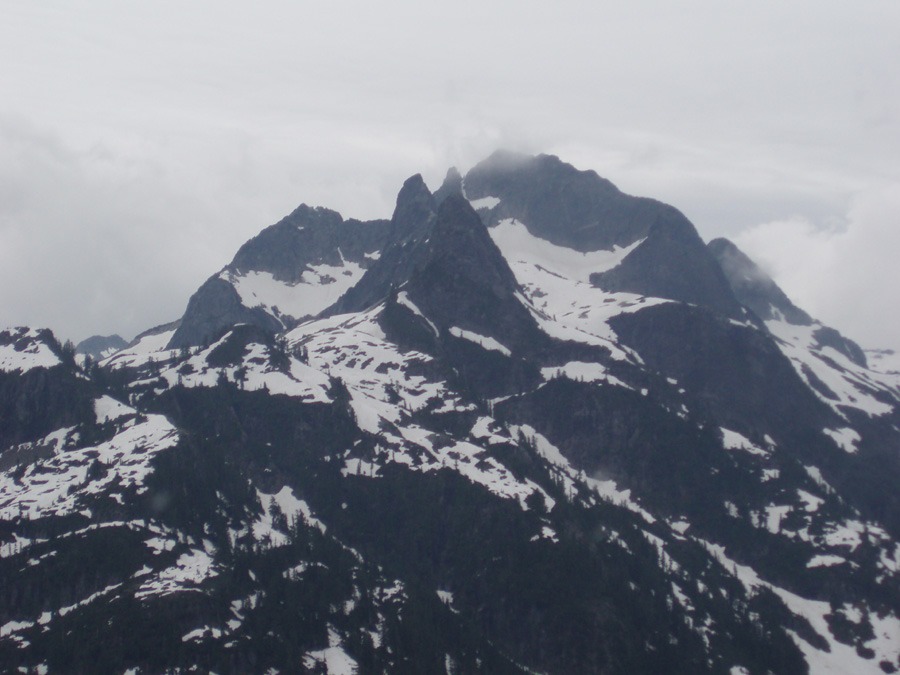 The Five Fingers as seen from Pitt Lake

Peaks in the area include the following:

There are no official trails into this area. Access is overland via the headwaters of the Mamquam river via Squamish, via Pitt Lake by boat, or more commonly by air. A legendary trip into the Five Fingers area was recorded to have made only five kilometres in a day of travel.

The Boise Valley Trail is a route through the heart of this range, traversing from the aforementioned Mamquam River, over the divide, and into DeBeck Creek. The route is flagged, rarely travelled, and very remote.

Calls in this are have included the 16 day long search for a missing  hiker on the Boise Valley Trail.

The searches in this area are hampered by difficult access, and communications issues. An example is a call that involved three subjects who triggered a personal locator beacon (PLB). Weather and access issues resulted in a period of over 24 hours before the three were rescued, despite their location being known.

This area is very remote, and there is zero cellular coverage. No cell contact means people will be unable to call for assistance unless they have a satellite phone, a personal locator beacon (PLB) or a satellite emergency notification device (SEND). Travellers in this area must be prepared for sustained, remote travel, and have excellent navigation and survival skills. Calling for rescue, even via a satellite phone, will involve lengthy delays.